i have a severe trauma caused by being banned from discord…. discuss 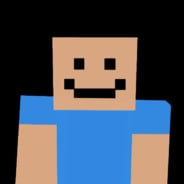 By Shit Ass,
October 14 in Discussion